Bardia's research in his own words:

My research highlights and addresses the presence of bias -- in all its shapes and forms -- in a subset of data science, called machine learning. This technology is used frequently in deploying artificial intelligence, but also has other valuable applications. My research focuses on setting realistic expectations on whether bias can be eliminated and/or how much it could be mitigated, and then creates a tangible framework by which to assess the sufficiency of developed machine learning models in accordance with those expectations. Large entities such as Facebook and Amazon have been criticized for the way they use machine learning -- this framework would help them improve their approach to development, and help the general public keep the relevant entities accountable.

What inspired your to select your research topic?

As a Numerical Computation major, I am passionate about technology and its ethical implementation. In recent years, companies such as Facebook and Amazon have been criticized for their respectives approaches to deploying algorithms and programs of different sorts. This has emphasized the necessity for ethical frameworks to address aspects of implementation that are important to consider before and after launching models of certain types. I decided to directly address the need for such a framework within a specific subset of data science -- supervised machine learning -- which is frequently deployed to make highly influential decisions, directly affecting people's lives. I wanted my work to have a direct tangible impact on the world of technology ethics, and I think it will.

What advice would you give to future CSBSJU Thesis Scholars?

Start your writing process as early as possible, and do incremental work. Starting late and cramming work into a shorter period of time will not only make it very difficult to complete your research on your terms (which inevitably leads to worse outcomes), but will also result in lots of stress. I want to reiterate the point. People told me this, time and time again, and I did listen -- but not to the extent I should have. Although I could not be happier with the outcome of my work, a lot of stress could have been avoided with a more organized approach.

I would like to thank anyone who has contributed to my research or expressed interest in any shape or form, but primarily I would like to communicate gratitude for my advisor, Dr. Noreen Herzfeld. Without her guidance and encouragement, this work would have been completely impossible. I am fortunate to call her a mentor and friend. 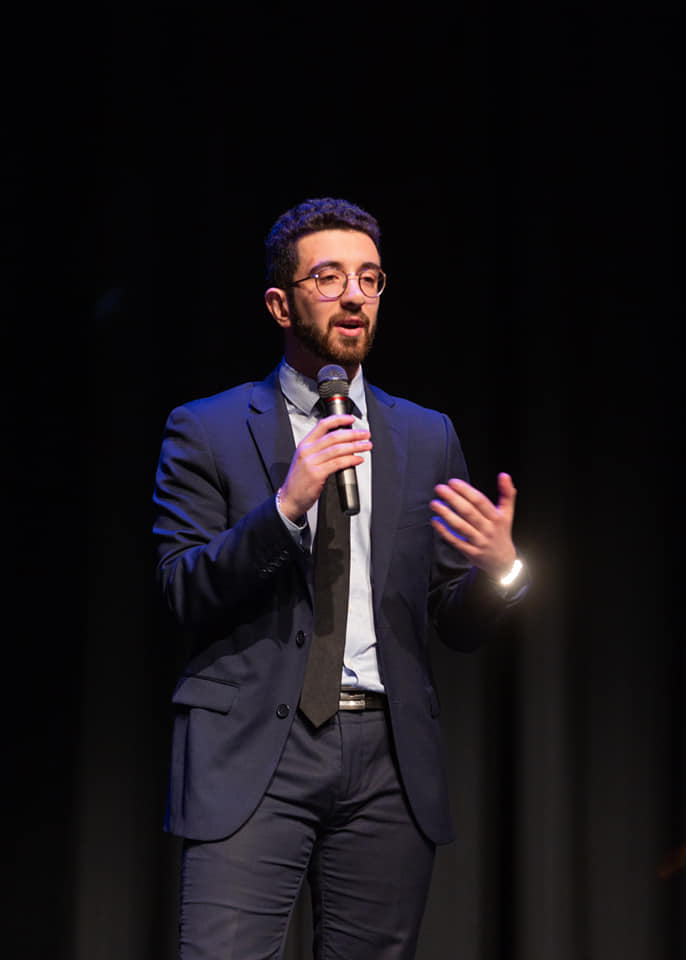