The last time Numbers Night was held in person was in February of 2020. It was a smashing success, with dozens of companies and hundreds of students attending. Shortly thereafter, COVID-19 turned our world upside down, and Numbers Night was held virtually in February of 2021. While still a strong event and well-attended by employers and students alike, it is impossible to have the same level of casual one-on-one conversations over Zoom.

This year’s event was scheduled for February 2022. As conditions surrounding COVID worsened, the Accounting and Finance Department tossed around several options ranging from holding the event at half-capacity, to postponing the event, to outright cancelling the event. Ultimately, the decision was made that students would be best served by postponing the event. Department members contacted the companies who planned to attend and indicated the postponement. Company reps were unanimous and supportive in their understanding of the decision.

This year, the event was held in person on March 29, 2022 without any restrictions, and it was fantastic. Over 100 reps from 40 companies attended, as did over 250 students. The event was held in the Great Hall and the Founders Room on Saint John’s Campus.

Students kicked off the night by participating in a session on effective networking before doing two hours of networking. During those two hours, students visited with a dozen or more companies. Some of these discussions will lead to job and internship offers, while others will simply lead to students being better informed as they start to think about careers.

Students were effusive in their praise of the event:

“I think that numbers night was a beneficial experience because I got to talk to several different companies about what their goals are. I was able to learn more about what a typical day would look like at several companies which gave me more of an idea about some of the careers that were presented,” said sophomore Todd Jager. “I was also able to ask several questions about how to get into certain careers, which was very helpful. I think my favorite part about the experience was that I was able to go through at my own speed and spend as much time wherever I liked.”

“This event really allowed myself to get outside of my comfort zone and grow as a future businesswoman with initiating conversations with future bosses. It started as a very nerve-racking experience because it was something so unfamiliar, but it gave me good insight on how to have conversations in order to put my name out there,” said Ellie Foht, first year global business major. “It ended up being really fun–and I got some free merch, too!”

“When I heard about numbers night, I knew it would be a great opportunity and one to take advantage of,” first year global business major Kieran McLoone said. “I really like how I was able to just walk around and see the different companies. I know this event will be super beneficial later in my junior/senior years when I am job and internship hunting.”

At the close of the networking session, the students were excused and the reps, many of whom were alumni, enjoyed reconnecting over tasty pizza and cold beverages. Even non-alums appreciated the event, such as Joe Wallis, a senior associate at Abdo, who said, “What a great event. I had the opportunity to speak with so many talented accounting and finance students. The future is bright!” 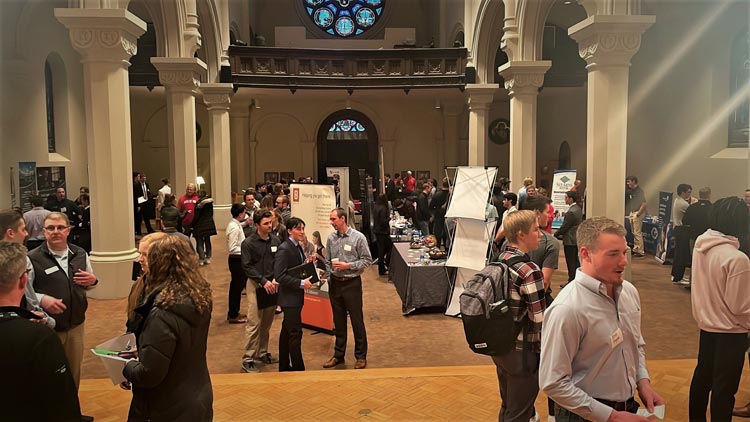 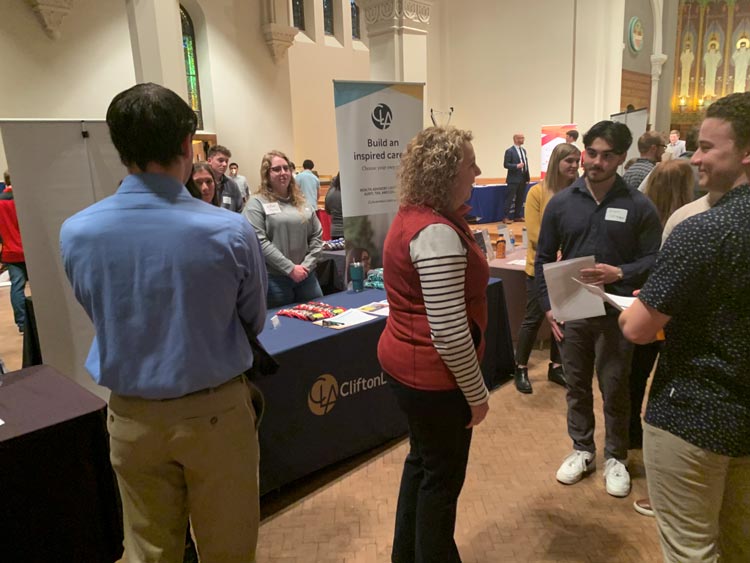