Catching up with The Nelsons

It was early September of 2015, and Maria Freking was a senior at St Ben’s, participating in a recruiting event as a representative for the accounting firm PWC. She had interned at PWC the previous summer and recently accepted the firm’s offer to work as a full-time auditor after graduation. When she saw a young man walk up to her wearing a PWC shirt, she figured he was a newer associate with PWC and was excited to meet him.

However, it turned out he was St John’s junior Tyler Nelson, who had recently accepted an offer to intern with PWC the coming summer. Tyler introduced himself to Maria, in part because he wanted to meet someone going to the same firm as him, and partly because he had his eye on her.

Soon thereafter, in the hallway of Simons 3, Tyler first asked Maria out on a date to the local coffee shop. Things went well, more dates and an engagement ensued, and after some COVID-related postponements, they were eventually married in the summer of 2021.

Tyler came into Saint John’s knowing he was interested in business and instantly enjoyed accounting because he liked solving for a correct answer. He began his career as an auditor with PWC, but he has since moved into a role within the “Deals” team at PWC, working on corporate mergers and acquisitions and building on his interest in investments and private equity. He is now studying for his CFA (Chartered Financial Analyst) designation.

Maria’s mom told her she would enjoy being an accountant due to her strong interest in math, and sure enough, she was hooked after taking the introductory accounting course. Maria also began her career at PWC, but she changed paths and now works as a Finance Audit Manager for Fortune 1000 company nVent, with a focus on Internal Audit.

When asked how their time at St Ben’s and St John’s prepared them for their professional careers, Maria replied, “I learned the soft skills: how to lead, how to communicate, and how to build relationships. I gave a showcase presentation in my capstone course, and that really honed my ability to speak.”

Tyler said, “SJU gave me the nice building blocks to understand deals I am currently working on. My education gave me the foundation to ‘connect the dots.’”

While in school, Tyler and Maria were active beyond the classroom. Tyler was a goalie on the varsity hockey team, while Maria worked in the President’s Office and studied abroad in Greece and Italy.

Years later, Maria and Tyler have stayed engaged as alums, frequently coming up to campus for recruiting events and chatting with current students or other alumni whenever they have questions. The future is bright for the Nelsons, and the future is bright for St Ben’s and St John’s with alumni like the Nelsons as advocates for the schools and the accounting and finance program! 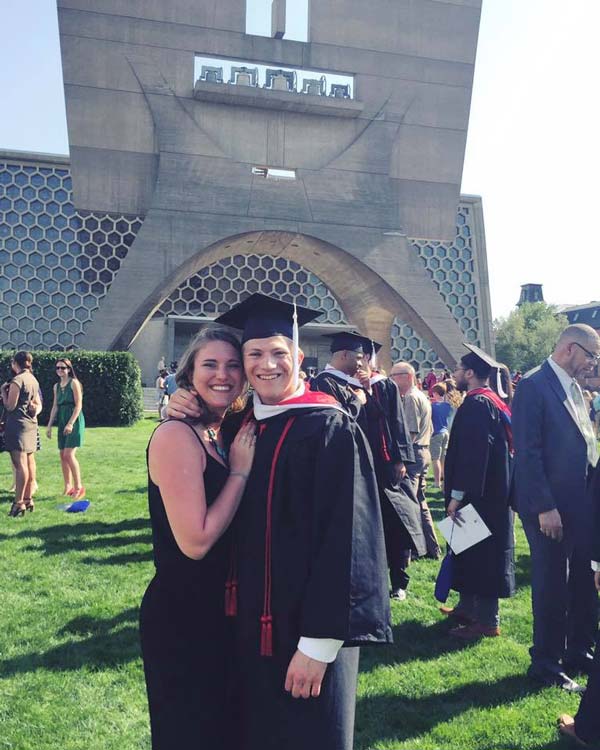 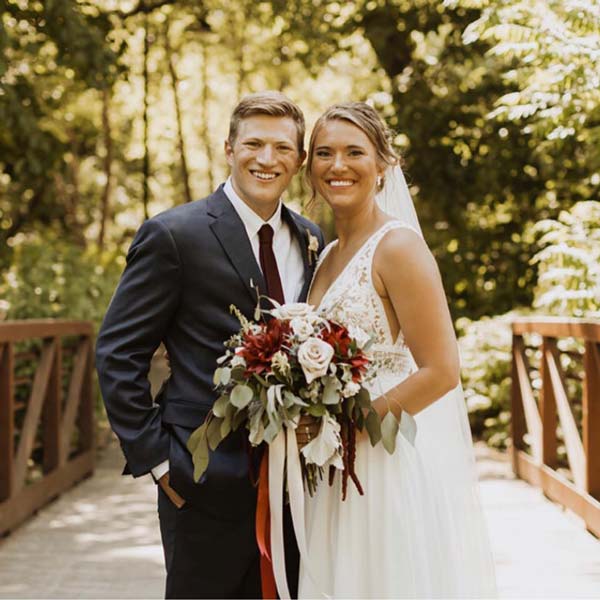