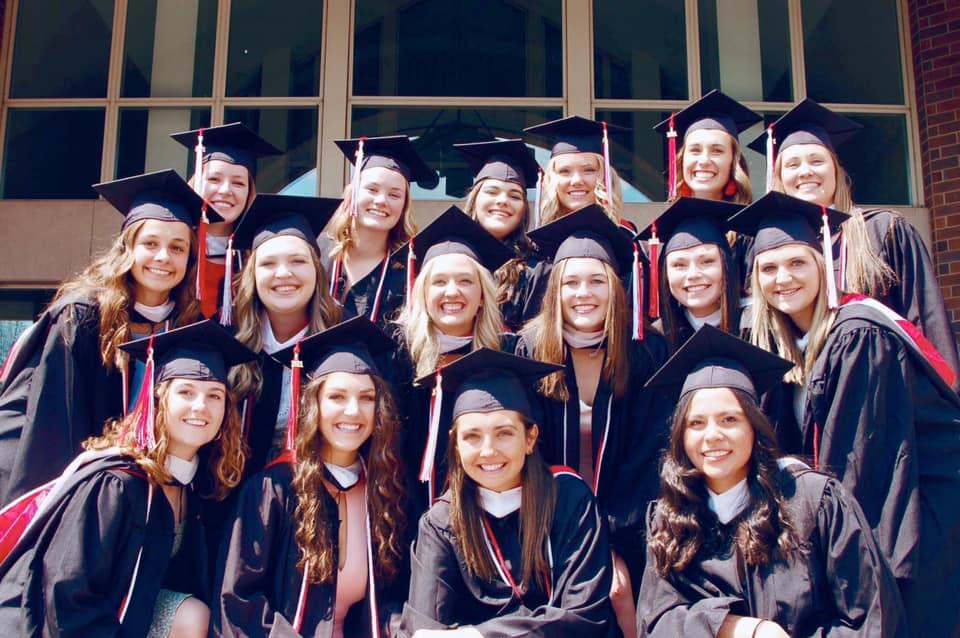 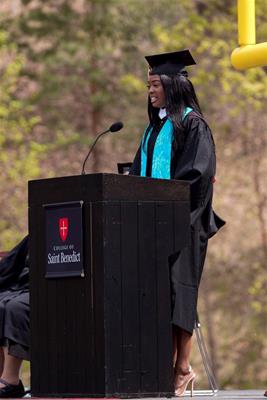 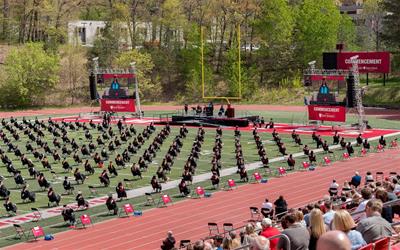 16 of our 25 Bennies were able to gather for a department picture. One of them, Derica Ferguson, couldn’t make the photo shoot, as she was doing a sound check for her commencement address.

To secure their positions, more than half of these women had done summer or “busy-season” internships with their firms either during or after their junior year. Because of today’s recruiting environment, these women interviewed for their internships early in the spring of their sophomore year. In other words, with fewer than four semesters of college under their belts, these women had lined up internships that would turn into full-time job offers. Locking up these offers early in their careers allowed them to enjoy their final two years of college without the stress of finding a job. Because of this, many studied abroad in locations such as Chile, Germany, Greece, Italy, Ireland, London, and South Africa.

Outside of their major fields, these women continued to shine. Many of these women served as orientation leaders and peer mentors for the college success course at St Ben’s and St John’s. They also starred in sports, such as on the track and golf teams. One Bennie in particular, Derica Ferguson from the Bahamas, was selected by her classmates to give the St. Ben’s commencement address (we would be remiss not to point out that the Saint John’s commencement speaker, Simeon Farquharson, also hailed from the accounting and finance department).

Alas, it may take some time before we understand just how brilliant these women are. The class of 2011 was similarly strong; those Bennies placed third in the entire nation on the CPA exam, easily the highest among smaller schools and trailing only Wake Forest and the University of Pennsylvania. We were all interested to see if the 2021 Bennies would be able to match, or exceed, that feat. Unfortunately, the body that governs the CPA exam, NASBA, decided not to gather and publish CPA exam results for the 2021 year due to staffing challenges caused by the pandemic. However, we are confident that many will go on to great things and become leaders in the Twin Cities business community and beyond. At least one of them wants to be “The next Corie Barry,” in reference to the 1997 Bennie accounting major who is now the Chief Executive Officer at Best Buy.

The Bennie class of 2021 – they have moved on to the next phase of their lives, but they will never be forgotten.