Sometimes our accounting students spend their whole career working in accounting. Other times, they use accounting as a springboard to their dream career.

Lukas Inveiss grew up in Sartell, Minnesota, just 20 minutes from the Saint John’s campus. He wanted to be a student-athlete in college and was attracted to Saint John’s due to its strong football and accounting programs. While he did major in accounting and participate in football, his Saint John’s experience was so much more than that.

While at Saint John’s, Lukas took advantage of the liberal arts programming and minored in Hispanic Studies, including studying abroad in the spring of his junior year in Segovia, Spain. He also worked as a teaching assistant and tutor for the accounting and finance department, as well as with the Recreation Center at Saint Ben’s. Outside of his work, he volunteered with Special Olympics and was part of the accounting club. He also made many great friendships, which last to this day. “I was recently a groomsman at a wedding, and six of the seven of us were Johnnies!” Lukas exclaimed.

After his junior year, Lukas completed an internship at EY, and he returned to EY for a year after graduating in 2012 and earning his CPA certificate. He considered going to law school to pursue a career as a sports agent, but then he discovered an internship through a Johnnie connection with a local sports agency, Institute for Athletes (IFA). He interned with IFA and has been with them full-time since the fall of 2013.

Lukas stays active in other areas as well. He is the co-founder of Duluth Screen Printing Company, the supplier for our department’s famous ACCOUNTING shirts, owned by 2016 Johnnie alumni Ian Scherber.

Lukas is also the CFO and controller for Wisdom Gaming, a leading company in E-sports production, which will soon be opening a store in the Mall of America. Furthermore, Lukas works with an investment group that plans to open a whiskey distillery in Saint Joseph.

When asked how CSB/SJU prepared him for his career, Lukas said, “I became part of a big professional network, which I’ve used often. Additionally, the professors asked for a lot from my classmates and me, but they also gave us support and resources, and I have come back many times as an alum for advice or to help current students. I was encouraged to be active and have a lot on my plate, which has led me to have a lot of opportunities beyond accounting.”

Lukas is evidence that an accounting degree from CSB/SJU is a great springboard to many unique career paths! 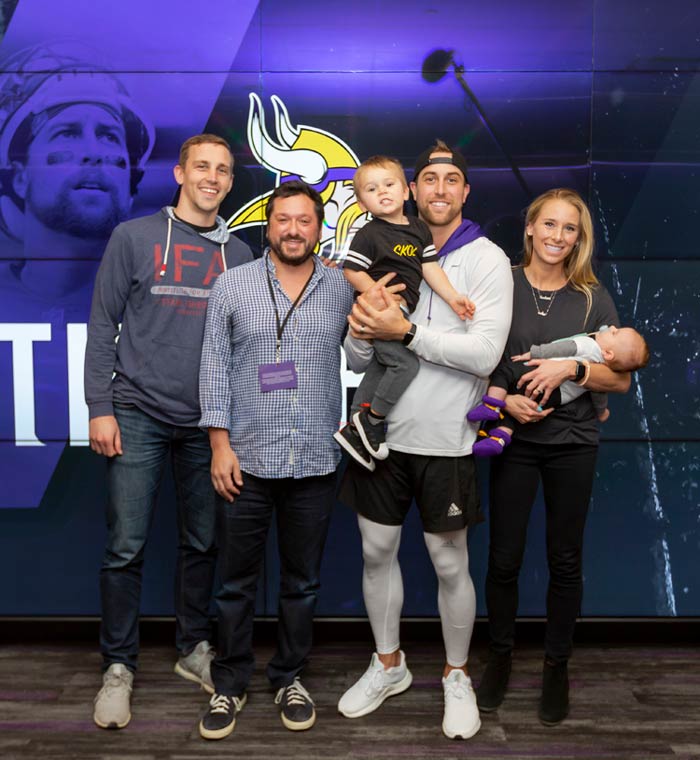