Steve completed his PhD in financial economics at the University of New Orleans in 2007. His scholarship interests lie in the areas of finance education, mutual funds, ETFs, behavioral finance, and general investments.

Steve comes to us (originally) from Indianapolis, Indiana. After high school in Indiana, Steve joined the United States Navy where he served for six years in active service as a hospital corpsman. Most of his service was spent at Naval Hospital, Oakland, CA (now closed) working as a medical laboratory technician. While in the Navy, Steve worked on his bachelor's degree and completed it nine months after his discharge from the military at California State University, East Bay (CSUEB) in Business Administration with an option in finance.

Steve was not content with his bachelor's degree. So, he continued at CSUEB obtaining a Masters of Business Administration (MBA) with options in business economics and finance. While finishing his bachelor's degree and throughout the time he was working on his master's, Steve worked part time at various independent companies in California selling mutual funds, life insurance, health insurance and other products to help individuals plan for their financial future. After completing his MBA, Steve finally decided it was time to change career paths from his current full time job, working in a hospital laboratory, to one more suited to his education.

For the next three-and-a-half years, Steve worked for the Department of Wildlife and Fisheries in Baton Rouge, Louisiana as an economist. While there, Steve worked on a federally funded project to analyze data collected from charter boat captains and commercial shrimp fishermen. Steve was also an integral part of the department's inaugural Customer Service Committee. When the federal project finally was wrapping up, Steve was accepted to the PhD program at the University of New Orleans. Five years, and one major hurricane later (Katrina), Steve graduated and moved with his wife to Minnesota.

Steve's interests include golf, tennis, and bowling, and he like to keep up-to-date with sports, news, politics, and current events in general. 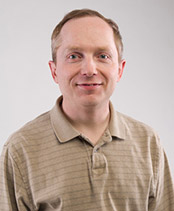